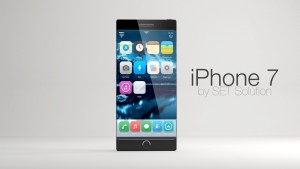 Apple’s pretty predictable in it’s iPhone launches once a year. There was some speculation that Apple was going to change all that but the year’s already half over and there has been nothing new in the development of the iPhone

The Basic Lowdown with Iphone 7

Apple’s pretty predictable in it’s iPhone launches once a year. There was some speculation that Apple was going to change all that but the years already half over and there has been nothing new in the development of the iPhone. The expectation is that the iPhone 6S will be on its way this year in September and the iPhone 7 will be out in 2016.

Apple, with the iPhone 6 and iPhone 6 Plus, has one of the greatest smartphone cameras on the market. It seems that for the past three years Apple has been trying to develop an even better dual-lens for the 7. From the rumors, it wouldn’t be ready for the 6s so it would be pushed to being manufactured in the 7. 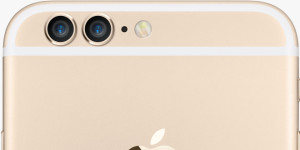 Specifically the camera will use multiple sensors to improve image quality. This means it can measure depth, add a boost to it’s auto-focus or focus pictures after you’ve taken them. It’s going to also be able to look at objects in 3D and give correct measurements, too. Overall it will be a smaller, smarter camera that makes clearer and more defined pictures.

It’s expected that Apple will make new 4” iPhone named 7c. The details come from the Economic Daily News, which claim that AUO is working with Apple to produce new 4” smartphone screens. From the deal, screens will be shipped in the first quarter of 2016, fitting in with a launch later in the year, most likely with the iPhone 7 and iPhone 7 Plus. This information also seems to confirm that the screens will not be ready in time for an iPhone 6c launch, suggesting that we will only get two new handsets this year.

With a new SoC in each generation of iPhone, it’s assumed that the iPhone 7 will incorporate an A10 chip, after the A9 that is in the iPhone 6. Basically this will mean a reduction in the required size of the components( i.e. more space in the case for more components or a large battery such as in the MacBook). Secondly, it take less power and battery life will improve. Thirdly, it will not make as much heat and that’s great for running the gadget at a faster speed with better performance. which either means you can get away with less cooling or that you can run the SoC at a faster speed to increase performance.

With the iPhone 7, Apple may also incorporate wireless charging to the iPhone 7; we can all get rid of the Lightning cable yay! The rumours unfortunately haven’t been confirmed, but we’re definitely crossing our fingers on this one. WIth other companies incorporating the feature it seems like the next big step in smartphone development. It is so much simpler and less stressful (God forbid you need to recharge your phone and can’t find a charger or an outlet). 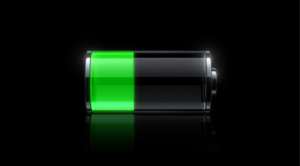 On all of its products, Apple seems driven to improve battery life. There is a job ad looking for hardware engineers to develop new battery designs and iOS engineers. It can be derived that Apple wants iOS engineers to investigate what drains battery in real-time, and develop tricks to save power. This improvement will probably make a debut with iOS 9, due to be released later this year.

No Increase in Battery SIze

TheiPhone 7 will probably use a consistent battery size, unless there will be extra room for it. In a rare interview, Sir Jony Ive said that a bigger battery would make the iPhone “less compelling”. He believes that people like the iPhone slim and light and making it thicker for a larger battery would be less appealing.

Another rumour is that the iPhone 7 would have a storage option of 256GB from the current 128GB max in the iPhone 6. Adding storage to phones would not be cheap and to most people a 64GB handset is sufficient.  Apple may release a 256GB in the iPad before an iPhone debut.